Heroes in the Night Will be at Wizard World Comic Con Chicago!

We're happy to announce that Heroes in the Night author Tea Krulos will host a panel of six RLSH titled "Meet the Real Life Superheroes!" at this year's Wizard Con in Chicago.


Join Tea Krulos, author of the new book Heroes in the Night: Inside the Real Life Superhero Movement, a non-fiction that explores the "Real Life Superhero" (RLSH) subculture-- people that invent their own costumed persona and hit the street to do charity events and sometimes even attempt crime-fighting.


In a rare team up special, Krulos will be hosting a panel that includes actual RLSHs. They are: Razorhawk, who leads the Great Lakes Alliance in Minneapolis, Watchman and Blackbird of the Milwaukee team The Challengers, Electron from La Crosse, WI, and Chicago's own Moon and Crimson Catalyst.

Posted by Tea Krulos at 6:29 AM No comments:

Just a note that the weekly Hero Profile will be skipped this Thursday as Tea Krulos will be on the road. Hero Profiles will return Thursday, August 1. 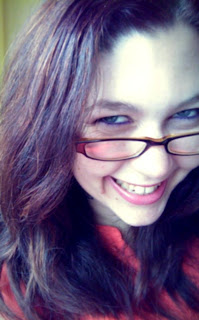 Operates out of: Seattle

Author's notes: The Initiative is a group with chapters in several states and several members, including Temper, are currently on the road filming their documentary Taking Initiative: Nation of Heroes. In the video below, Temper tells us about the origin of her name, the WAI, and the Nation of Heroes project.

Posted by Tea Krulos at 8:33 PM No comments: 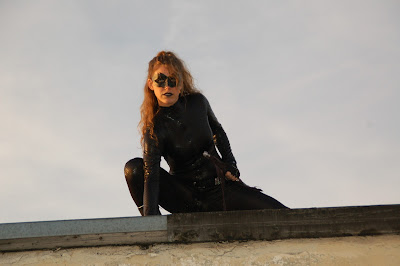 Author's notes: ShadowStar is a somewhat new RLSH and I asked if she could share a video introduction with Heroes in the Night readers. It's below.

Heroes in the Night Featured in La Crosse Tribune!

A recent edition of the La Crosse Tribune featured an article by Mike Tighe on La Crosse, WI Real Life Superhero Electron (with guest appearance by Rochester, MN's Geist)-- two of the many RLSH discussed in my book, Heroes in the Night.

To the right of the article you'll find a lengthy sidebar that talks about Heroes in the Night and offers my insight on some "RLSH 101."

Author's notes: Since this Thursday fell on the 4th of July, I thought it would be appropriate tp profile the star-spangled DC's Guardian. I asked him if he had a message he'd like to share with Heroes in the Night readers today and he sent me this exclusive 4th of July address: