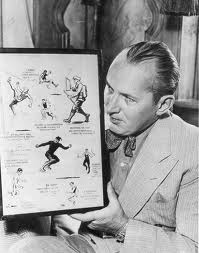 I was a guest on the Ripley Radio: An On Demand Oddcast podcast. I've been a fan of the Ripley's Believe It or Not franchise since I was a wee kid, so I was excited to be a guest. The interview itself was......interesting.

I expected Ripley's would want to have fun with the story, but the interview was done in a sort of rapid fire jabberjock style- I felt like I wasn't able to speak much about the origins of the book, the people I met, what it was like being on the street with these guys- the questions were bouncing all over and I kept getting cut off by random musings of the hosts.

They were really pushing for the "these guys must be crazy and stupid- am I right or am I right?!" angle. Immediate evidence- instead of a picture I sent of me and The Watchman on street level they dug up some photo of an obese cosplayer dressed as Spiderman.

Always something with those guys- believe it. Still, there were fun moments and I think this is a story Ripley's fans will be interested in.

Link to the interview here:
www.ripleyoddcast.com/oddcasts/show37
Posted by Tea Krulos at 10:56 AM