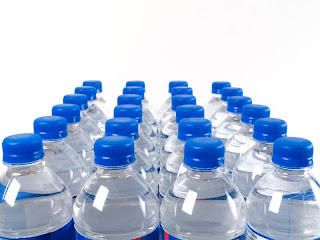 The dog days of summer are upon us, the time of year when dehydration is a very serious threat, especially to those unfortunate enough to be stuck out in the heat. Three separate water hand out missions were conducted by RLSH on August 15. The expense for these missions is low and the goal is simple- keep people hydrated.

Vancouver, August 15-
It was a "hot and hazy" day in Vancouver, almost 100 degrees(Fahrenheit). Thanatos, the Dark Avenger of Vancouver (along with Lady Catacomb) packed his van with 70 bottles of water and headed to the Main and Hastings area of downtown, delivering water to people in places like Oppenheimer Park. Thanatos reports he handed out the water in less than an hour, and that his total cost for the water was merely ten dollars.

Seattle, August 15-
Meanwhile, further south, a crew of RLSH hit the streets of Seattle to hand out water, including SkyMan, White Baron, The Irishman, and Mr. Jack. The RLSH quartet walked the area by the waterfront and the Pike Place Market, handing out a case of water. While on their mission they crossed paths with the Bag Monster and talked about entering into a diplomatic Bag Monster/ RLSH relationship. (You can see Bag Monster's site HERE.)

Orlando, August 15-
The hot streets of Florida were the site of the third water handout. Team Justice members Master Legend and Symbiote were joined by Metadata to do the handout. The trio loaded up the Justice Van and headed to an area where a large group of people lined up to get a cold water.

Ps- Report on meet up with Peter Tangen soon!
Posted by Tea Krulos at 12:52 PM