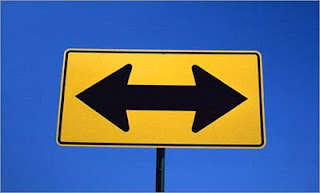 A week ago, the New York Press ran my article "Brooklyn's Own Superheroes." The article and it's subject matter have gotten a lot of attention in the last week.

The article was first linked up in The Huffington Post, which was pretty awesome. It was blogged about on Wired magazine, which was cool despite the whole "superheroes comin to getcha with a baseball bat" vibe. That blog was reposted at Gizmodo, which one of my tech friends tells me is a big deal.

I decided to google the article title to see if the article was being picked up anywhere else. It was.

Some of it wasn't surprising- it was added to the list of RLSH articles on the wikipedia entry for "real-life superhero." That's cool- I like being a reference. It was also reprinted in the www.reallifesuperheroes.org article archives- a very extensive archive reprinting articles about real life superheroes, including some articles you can't find elsewhere online.

The India Times IPL Extra including a link was interesting, but why was it in a long list of links about Iron Man 2?...and wait a minute...footpaintalk.com ?! What was the angle there- what it would feel like if the NYI dropped a brick on your foot? What about cruising-the-carribean.com? That felt a little far removed from the subject. How about 50communicationtactics.com - a blog on "communication and public speaking tactics"? And what the hell is Jumping Anaconda?

I definitely had a WTF moment there, but of course this is some kind of Spambot sending links to random articles to dozens of Spambot sites. I soon saw the pattern.

Here's why it was in the India site in the Iron Man 2 section:
From my article: "which he describes as a “poor man’s Iron Man suit.”

Cruising the Carribean:
"The strategy is that Z will skate ahead on a longboard, a sturdy, fast skateboard made for cruising."

50 Communication Tactics:
"Communication is vital: All parties are connected by cell phone, ready to leap into action if anything happens."

Jumping Anaconda:
Not sure- didn't use the word "anaconda" and can't find the word "jumping" but it's likely the Spambot was looking for "Iron Man" or one of the other pop culture references mentioned.

Hey, if you're spamming stuff why not spam my article?

Announcement: On Friday this blog will be featuring a large write up and discussion on the one and only...Master Legend!
Posted by Tea Krulos at 7:10 AM